It’s something I do whenever possible, STDs be damned! (Star Transmitted Diseases, that is).  Sure, they never remember you in the morning, but the money is nice.

What the hell am I talking about?  Voice matching, Grasshopper.

See, sometimes when a film is in post-production, a line or two may be found to be garbled by the drug-addled star, or the director decides a new line is needed off screen to make up for a sagging plot, etc.  So, when faced with bringing the A-list celeb back, they have a choice:  1.) pay a hefty fee (and possible travel fee) to get said star back into the studio for a 30 minute session; 2.) audition and hire a voiceover artist to “match their voice”  (a less intimidating way of saying “impersonate”). 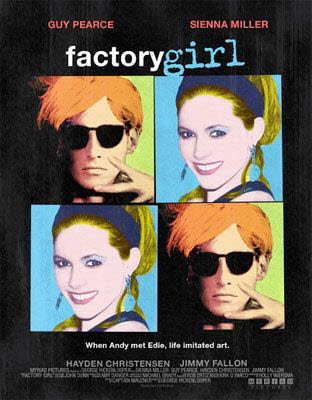 The scene in question was where Andy Warhol is filming Edie Sedgwick (Sienna Miller) while coaxing her from behind the camera to reveal her past.  It was just under a page of lines. George Hickenlooper, the director, was very kind and easy to please.  He said the scene was for a test audience and it might not make it into the final film.  And if it did, they would have Guy Pearce back in to voice it.  (Others there seemed to doubt Guy would be remotely “open” to the idea… I sensed off-camera dirt was available for sifting, but kept my hands clean… until this blog?  Damn!) Regardless, a session fee is a lovely session fee! 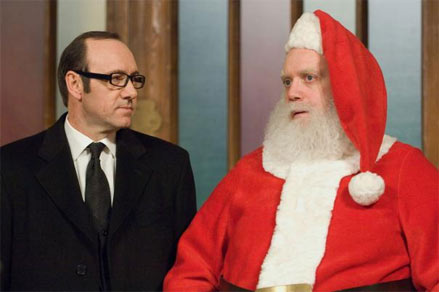 My second exeperience was on “Fred Clause“.  A quick audition and the next morning (at an ungodly 8 am) I’m at Warner Brothers voicing one (yes, “1” – the loneliest number) line for Kevin Spacey who was back in England riding his motorized skateboard and quoting Shakespeare.  They also said it was just for a test screening and that Kevin would do the line if kept in the film.

At this point, I should point out how silly this all seems when you consider how simple and (in the Kevin Spacey case) inconsequential it is to the final product.  I have no “delusions of celebrity” about it.  Trust me.

That is, until this morning, baby!  I just received DVD/cable residuals for both films!  I am told this means my voice is in the final product.  I realize now that I am a celebrity!  Hell, I had lead roles in two major studio films in the last three years! From now on my blog will be ghostwritten, my emails sent by my three assistants, who secretly resent me, and I will “couples” vacation in Tahiti with some random star from the “Seinfeld” or “Friends” cast!

… or maybe I’ll just deposit these checks and run to my next audition.