Now that the turkey slaughter is upon us, I have some time to catch up with my blog. This post will have a lot of giblets.  But there’s a fair share of meaty Turkey with just a side of stuffing.  (Obviously it’s all smothered with cheese.).

ZOMBIE LOVE
Last month I had the enormous pleasure of being a guest at Fort Myers, Florida’s Zombicon 2012! The con part of the event was new so the crowds were more intimate (which will change next year as word gets out about how cool it was), but the “Resident Evil” fans that showed were still wonderful… And at night, the Zombie Festival was astounding!

A big thank you to Janet Planit (and Rachel) for a wonderful time! Hope they have me back next year! 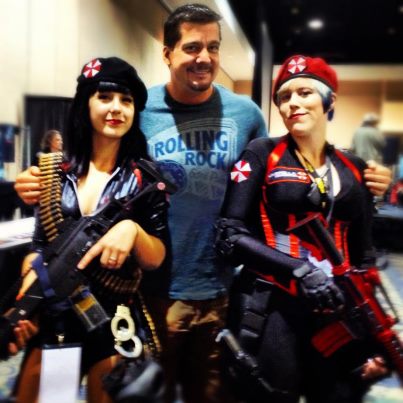 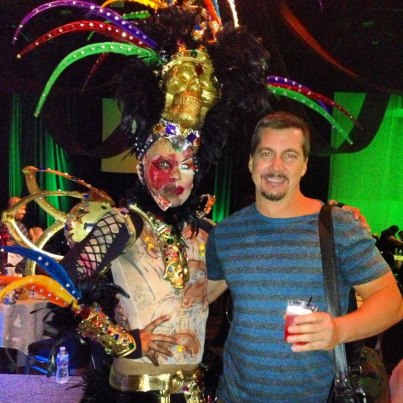 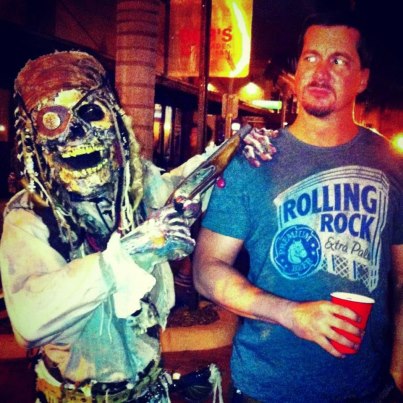 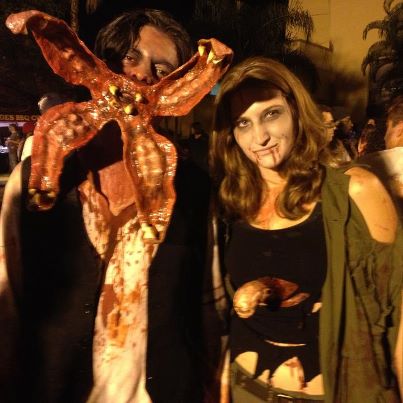 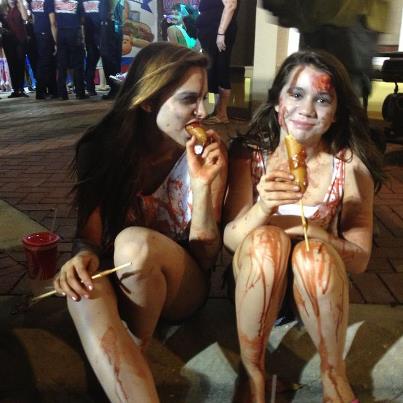 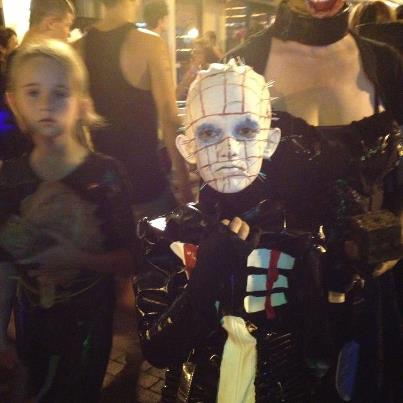 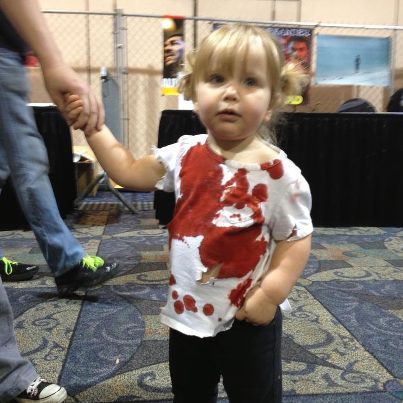 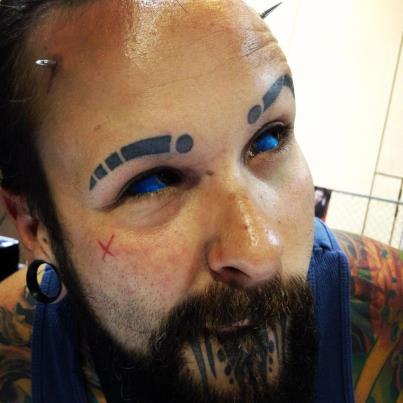 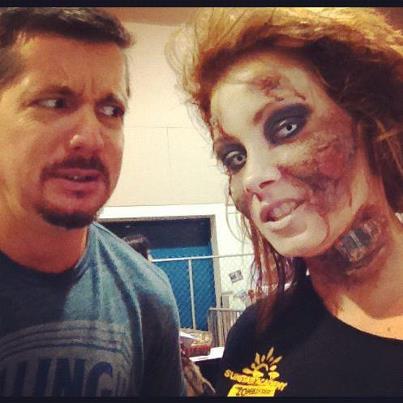 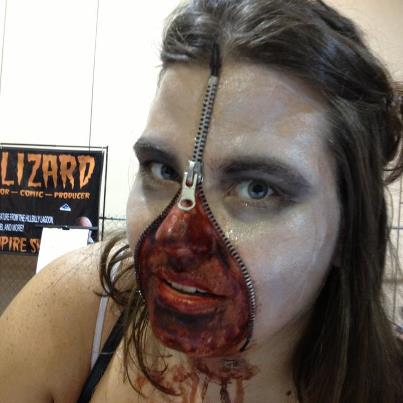 DISNEY DELIGHTS
I landed a guest star spot on the new Disney sitcom, “Dog With A Blog!” I actually had auditioned for the dad role and was on deck to “test” for it last year, but they ended up casting Regan Burns in the role – a talented actor and stand-up comedian they had worked with before on “I’m In The Band.”

I tried my best to resent him, but he’s so damn disarming and funny that I gave up and subsided into warm fuzzes. His wife is played by Beth Littleford who many may remember from the early “Daily Show” days on Comedy Central. I remember her because she was one of the last clients I ever had as an editor, back in my “survival gig” actor demo editing years! Took me a few days to realize it!

My wife was played by Keli Daniels Landry, a lovely and funny lady who I clicked with instantly. The voice of the dog is Stephen Full, by the way. A talented guy with the most unusual voiceover gig!

But the real stars are the kids and, my God, they’re talented! And adorable! (The dog was a freakin’ prima dona, though.)

The episode was directed by happy-go-lucky Shelley Jensen (who sounds like Gene Hackman but gives off the warmth of Gene Rayburn). A funny man whose credits go all the way back to “Bosom Buddies!”

My episode airs in late February… I think?

Speaking of Disney, I also just recorded a monster truck voiceover for Epcott Center in Orlando, Florida (the image at top is from the session). Something called the Chevy Race Track thing-a-ma-jig. At the end you are taken to a post-production place to make commercials. Select “Monster Truck” and you’ll get me screaming until I bleed! 😉

POLITICAL POSIES
So, I’m sure most of you saw my last post that had my latest Tweaked Nipple video about how to oppress women properly (if not, click on that link, baby!), but if you don’t follow me on Facebook or twitter, here are a couple other spots I was hired for in the run up to the glorious election. Enjoy (knowing it’s all over!):

The Washington Times also interviewed me about political voiceover season. You can read it here.  (And, no, they never sent me Unification Church pamphlets.)

After we bury the turkeys (in our bellies) I begin plotting my 2013 takeover of all media. I’ll probably start small… Like a local radio commercial or something.

CONVENTION CRAWLING
I’m off to Florida, again! And again, and AGAIN!!! My, how I love that state.

December 16 & 17: First up, I’ll be a guest at Holiday Matsuri in Orlando, Florida, joining the devilish Quinton Flynn.

March 9 & 10:  I’ll be a guest at SacAnime in Sacramento, California. I had to cancel this year due to reshoots, but am happy I’ll finally get to meet some hardcore “Resident Evil” fans! 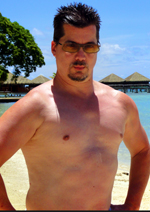 This bit of news deserves a TMI preface:

Then I recommitted to working out like I used to do. Booking indie film “Helen Alone” helped me stay committed. While in Texas filming, I was offered a role in another film by some awesome “Resident Evil” fans in Philadelphia. The role of an OCD serial killer…

After talking with my trainer, I decided to build more muscle through a bulking/cutting approach. By November 3rd, I had gained 28 lbs! But with muscle as I kept my fat the same (and when you see me on “Dog With A Blog” you’ll see a swollen DC!).

Now I begin the cutting phase – all in preparation to be like the A-list actors who morph their bodies. — Except I won’t be getting millions of dollars… Or flying my trainer out to Philadelphia with me… Or doing the talk show circuit to talk about my “new look!” — But otherwise, I’ll be just like those stars! [Takes a moment to weep.]

Hopefully I can make it to the emaciated 6-pack look by the end of March, when I film “Apocalypse Kiss.” I’m excited to be a part of this production as it’s shaping up to be a bit of a cult gem – a sexy futuristic sci-fi thriller. 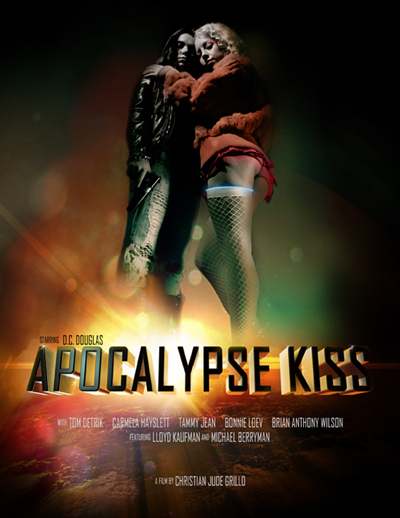 More news to come in December, I’m sure. Until then, enjoy the holidays and don’t choke any relatives.