“The Walking Dead” producer, Glen Mazzara (@glenmazzara) talked with Nathan via Twitter and said he was impressed with all the sigs and would take it all into consideration regarding a guest spot.  Production resumes early 2013.  Please don’t hold your breath, but thought that was fun news.  Nathan is amazing.

I was warned by other voiceover actors to always keep a certain protective buffer between myself and videogame fans.  Meeting them at events, signings, etc. was appropriate and safe.  Commenting back to them on Facebook or this blog, even Twitter — all good.  But never, ever, meet up with a gang of them at a restaurant in LA just to “hang!”  Why?

Have no idea.  Apparently they might try to eat my face?  Not sure.  So I met with nine of them Thursday night to find out… Still have my face.

More importantly, I don’t think I lost face around them! I cherish fans (still baffled I have any!)

So, why did I do this at all?  Because of Nathan Narain, The Walking Dead and to have witnesses around me as I donated $1000 to charity.

For detailed background, read this. The original petition is here.

For a nutshell recap, watch this:

The voting ended Monday with the majority choosing that I donate $200 to each of the five charities.

Nathan may have started the petition, but Genarro Avila hatched a dinner plan to coincide with E3, coordinating the dinner and gathering Tweeters to help promote the petition.

They all assembled at the Rivera Restaurant in Downtown LA after E3 closed and ate dinner while I slogged through traffic from an audition to get there.  I was late and worried they might start looking for Sergio Jones’ number. (Google it, novices.)

I walked in stone-cold-sober to greet nine strangers (my personal hell – I’m actually shy).  Four cocktails later, I was signing braziers, panties and jock straps… Wait, no, that was my daydream in traffic.  But I signed a lot of DVDs, drawings and books for the nicest nine Resident Evil fans.  That, of course, was after they witnessed my Zombies-For-Charity donations:

Animal Welfare Institute
Since its founding in 1951, AWI has sought to alleviate the suffering inflicted on animals by people. In the organization’s early years, our particular emphasis was on the desperate needs of animals used for experimentation… Today, one of our greatest areas of emphasis is cruel animal factories, which raise and slaughter pigs, cows, chickens and other animals. [Donate]

Goodwill Industries International – N.O.
Our network of 165 independent, community-based Goodwills in the United States and Canada offers customized job training, employment placement and other services to people who have disabilities, lack education or job experience, or face employment challenges. [Donate]

Sierra Club Foundation
The Sierra Club Foundation works to educate, inspire, and empower humanity to preserve the natural and human environment… by (1) providing resources to the Sierra Club and other nonprofit organizations for charitable programs that protect and restore the environment; (2) raising funds, donated for tax-exempt charitable purposes; and (3) preserving, enhancing and administering these funds so that future generations will inherit a healthy planet with wild places left to explore. [Donate]

Once donations and signings were done, we moved over to the bar for one last drink and photos… 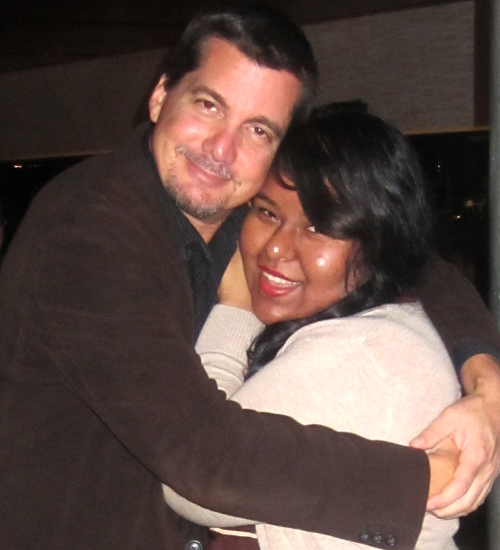 All sorts of photos… 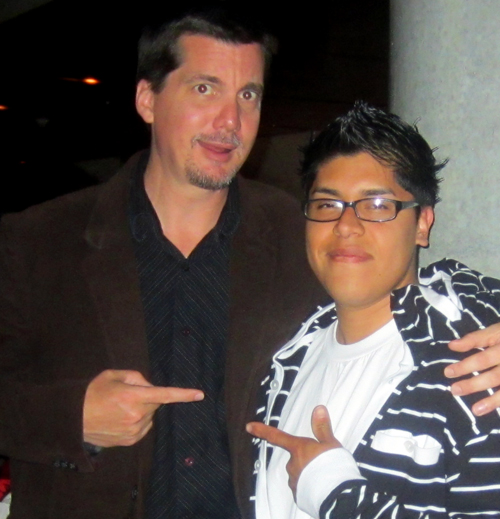 I mean, ALL sorts of photos… 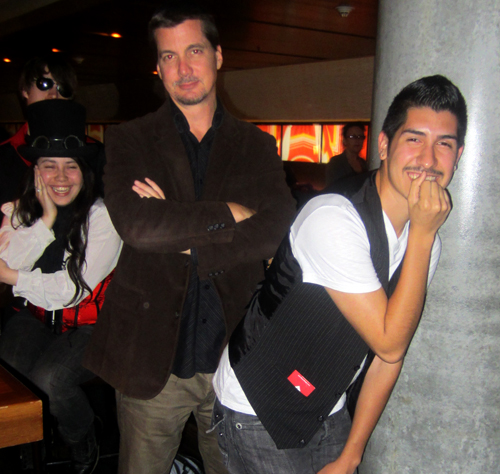 It was an early last call at the bar so Satan suggested… Forgive me, Genarro suggested we find another bar.  And that we did… A very unique bar called Caña Rum Bar.  All top shelf rums and rum concoctions… Which led to us all sharing a ZOMBIE PUNCH BOWL!!!!  Couldn’t have ended the evening with a better drink.  (Tasted like melted Big Red gum.)

When my friends asked why I went with this petition idea, I said it was because even though getting me a gig is pretty insignificant in this world, once they sign the petition, Change.org presents them with three other truly important issues/petitions.  It raises their awareness.

When my friends asked why I offered to donate $1000 to charity – essentially buying signatures — I tell them it’s because I’m a typical American who raises my expenses to keep pace with my income, never carving out enough for charity.  It’s moments like these where I can force myself to give back and be a part of my community while feeding my self-pimping tendencies.  And it also raises awareness about the charities I’m donating to.

When asked why I would meet with crazy, young gamers — I tell them to STFU! Man, Why you all up in my grill?

What started out as an innocent exchange on Twitter led to a fun charity event with some huggable Resident Evil fans: Sam, Luciano, Gustavo, Genaro, Joseph, Isabel, April, Kyle, Snape (and Nathan, Alex & Kourt by phone)!

I may have my doubts about the effectiveness of the petition leading to my being on the show, but after five cocktails and some Zombie Punch, I did wake up Friday into my own Walking Dead show… With some great memories.  That’s reward enough.

Thanks to EVERYONE who promoted the petition, video and charity vote!  That was a fun ride!  (Nathan is submitting the signatures next week to The Walking Dead producers.)

And for any Walking Dead producers who might read this; if there isn’t a place for me as a guest actor, perhaps you’ll consider hiring Nathan as a zombie… He’s been observing their behavior for quite some time…

The following are some posts and fan made videos inspired by Nathan’s petition: